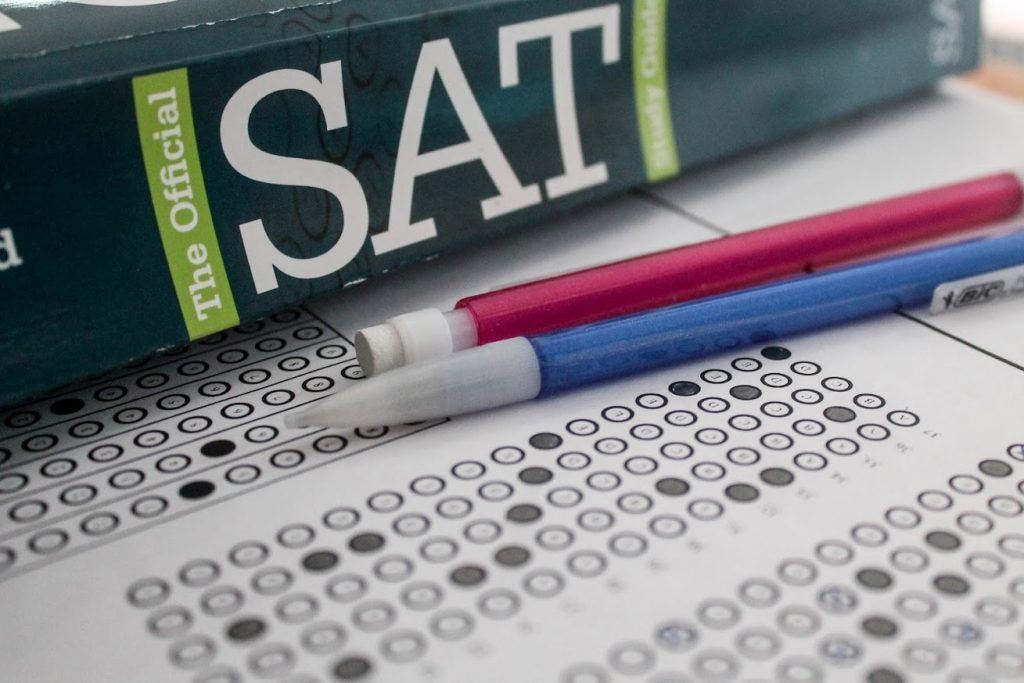 1- How it All Started

In 1899, the College Entrance Exam Board (CEEB, better known as the College Board) was founded with a membership of colleges and universities including Columbia University, Cornell University, Vassar College, Bryn Mawr College, University of Pennsylvania, Rutgers University, Barnard College, Colgate University, and New York University. Three preparatory high schools were also granted membership. These institutions were concerned about a lack of uniformity in existing standards. The CEEB was intended to bring some structure to the process and guide high schools towards a more standard curriculum.

In 1901, the first tests were given to less than 1,000 students. Tests required five days for completion and tested students mastery of subjects such as Greek, Latin, and physics. These exams were curriculum-based achievement exams. “Excellent”, “Very Poor”, and “Doubtful” were among the scores test-takers received.

3- If at first you don’t succeed

Unsatisfied with the approach, a new direction was taken by the College Entrance Examination Board. In 1925 they appointed a commission to be headed by Carl Brigham to develop a new test to measure general intelligence. Brigham chaired this commission from 1923-1926 and was influential in the development of the test. In fact, Brigham has been referred to as the “Father of the SAT”. The first version of the “Scholastic Aptitude Test” spearheaded by Brigham, was administered in June 1926. This fledgling version of the test was 97 minutes long, and consisted of 315 questions based on vocabulary and math.

Brigham’s family ancestors were on The Mayflower and his grandfather struck it rich in the California Gold Rush. Brigham was influenced by the work of Robert Yerkes, who had earlier devised an intelligence test for the United States Army. The Army “Alpha” Exam used multiple-choice questions to help the Army make decisions about placement of soldiers for World War I. Brigham worked with Yerkes to complete The Study of American Intelligence. This book was based on their combined work with testing and Army tests and studies performed earlier. Brigham’s work pointed to the superior intellect of the “Nordic race” and the inferior intellect of the “Meditteranean Races”. Further, Brigham went as far as to state that, “Negroes were by far the most intellectually inferior race.” These racist views impacted the approach of testing and fostered the eugenics movement.

Eugenics is a social philosophy that advocates for the improvement of the human species with goals to create healthier, more intelligent people.  Eugenics sought to improve the human race through breeding and intervention and received support from Theodore Roosevelt, Oliver Wendell Holmes, Alexander Graham Bell, George Bernard Shaw, Calvin Coolidge, and John Rockefeller. Eugenics supports a racial understanding of abilities and intelligence, and like Social Darwinism, argues for racial superiority of certain groups. An extreme form of eugenics was adopted and developed by the Nazis during the Second World War in their genocide of the European Jewish population. In America, works such as those of Brigham were used to help usher in strict anti-immigration legislation, such as the Immigration Act of 1924, and served as a wicked foundation for those who argued against interracial marriage and fair treatment for the disabled. Ultimately, Brigham would denounce some of his own views, and he would eventually disown the book entirely.

The SAT ‘s links to the military extend beyond the Alpha Exam. The GI Bill (The Servicemen’s Readjustment Act of 1944) directly impacted the increase in the use of the SAT. The Bill was passed to help returning soldiers adjust to their civilian lives. Tuition for college and vocational programs was provided. The program was a huge success. 8 million WW2 veterans went to school as a benefit of the GI Bill and, as a result, the total number of test-takers skyrocketed. Records show that the number of people sitting for the exam yearly rose from 80,000 in 1951 to 800,000 in 1961, and as high as 1.5 million in 1971.

Each year, seven tests are given out. Four of these are made public, while the other three are concealed from the public eye to be used again. In fact, entire sections of the test can be reused at another time. On any given exam day, multiple versions of the exam might be used. So, not everyone who takes the SAT on a given date will be taking the same exam.

Educational Testing Services writes and administers the SAT for the College Board. ETS reports it takes 18 months and a whopping $350,000 to create an all-new test. Such a cost can be viewed as a paltry expense for the College Board, though, whose yearly profits have ranged from $30-130 million over the past decade.

The Wall Street Journal has reported that students in higher income brackets outscored students in lower-income brackets by a considerable amount (SAT Scores and Income Inequality: How Wealthier Kids Rank Higher by Josh Zumbrum October 7, 2014). In terms of racial breakdowns, Brookings Institute authors Ember Smith and Richard Reeves noted Asian and white test-takers outperform African American, Hispanic, and Latino test-takers. Though the trend is showing some improvement, there is still a substantial gap in scores among different groups. In 2002, white test-takers outperformed African American peers by 106 points on the Math section, whereas the same score differential in 2020 was 93 points. In response to the issue, the SAT introduced an “adversity score” which is based on a scale from 1-100 and derived from factors such as median family income, crime reports, housing circumstances, college attendance rates, and parental education. The adversity score was met with controversy and was replaced with a “landscape tool.” This tool provides information about an applicant’s high school and neighborhood. Though the tool does not impact a student’s score, it does provide a more comprehensive picture of the student and their environment for colleges to understand when reviewing applications.

10- Celebrities take the SAT, too

Want to know how well your favorite celebrities did on their SAT? Reported SAT scores of some well known Americans:

Those familiar with Kaplan Test Prep might be surprised to learn Stanley Kaplan began teaching SAT Prep in Brooklyn, New York in 1946. Back then, the cost of tutoring for a 16-week tutoring plan with 4 hours of tutoring per week was a staggering $128 per student.

Sam Eshaghoff, a native of Long Island, took the SAT at least 15 times in three years. For a fee of $2500 per exam, Eshagoff took the exam for high school students. Though his scores were always “worth every penny”, landing students in the 97th percentile, his period of success was short-lived. He was arrested for impersonation and fraud. The punishment fit the crime, though, as Eshagoff was sentenced to tutor underprivileged youth for the SAT.

13- Just how hard is it to get a perfect score?

Of the 2 million students who take the test each year, it is estimated that around 500 of them will score a perfect 1600. So, what’s an average score? Based on the performance of students in 2018, the average SAT score is now 1068.

Try it out……. See how you may have fared on the Original SAT exam……

2. Three of the following words are related to each other in some definitive way. Which three words

3. Three of the following words are related to each other in some definite way. Which three words are most clearly related? Rome, Marseilles, Paris, Leipzig, Spain, Berlin

5. A man spent one-eighth of his spare change for a package of cigarettes, three times as much for a meal, and then had eighty cents left. How much money did he have at first?

6. Fifty-six pounds of camping outfit are to be carried. A, B, and C share the load in these proportions: three parts to A, two parts to B, and two parts to C. How many pounds does A carry?

7. A steel cylinder, 20 inches in diameter, is being turned on a lathe at a speed of 1000 revolutions per minute. To what speed must a lathe be changed in order to retain the same surface speed on the cylinder when it is turned down from 20 inches to 10 inches? (Author’s note: A lathe is a machine for shaping wood, steel, metal or other material by means of a rotating drive which turns the piece being worked on against cutting tools)

Links for Sourcing and Further Research:

My Experience Getting the COVID-19 Vaccine

Nutrition and Your Health

Coming Soon in the Marvel Universe

The Extent Of Freedoms Through Virtual Learning